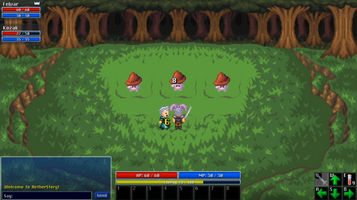 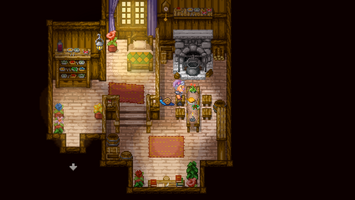 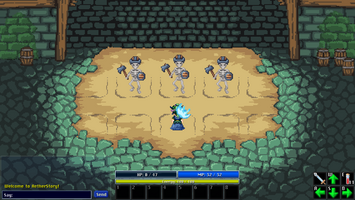 I have been hard at work updating and expanding Aether Story.  It is overdue for an update.  Let me catch you all up on what is new and what is happening in the World of Aethoria!

You may now Wishlist Aether Story on Steam! The Early Access launch will be coming to Steam in Spring 2022. Wishlist it now!

The biggest change would have to be the complete revamp of leveling. Not only were monsters added to every area of the game, completely changing how you explore, but all quests were reexamined, updated, stream-lined and improved as well!
Adding monsters to the world changed how the world feels. Everything feels bigger and larger. So much so that it made me reexamine the plan moving forward. It also impacted quests. Quests now take a lot longer to complete when they require you to go into hostile territory, such as a cave.  The quests were updated with this in mind, a lot of objectives simplified or reworked. Rewards for quests were also improved.  Equipment is now rewarded while you level. This allows you to have a progression on your character as you level beyond the stats you earn from leveling directly.

A new feature was also added to aid in the leveling revamp: Hunts. Hunts encourage you to continue killing new monsters you discover by rewarding you once you kill a set of them. Then if you can manage to complete all the hunts you will be rewarded even more!  The hunt system can be considered an alternative to questing and replace the boring "kill x monster" quests. Why mask the quests with weak story and just have it happen automatically? No quest givers, no backtracking, just pure killing. Nice.

With the new hunt system, revamped questing, and monsters now giving you experience while you level, you have so many avenues to level.  This improves replay-ability. On one play-through try to just do hunts and a few quests. On another try to do a full quest clear before you reach max level.

Even if you have played Aether Story in the past, you really should come check out the new leveling revamp with a new character and see it for yourself!

Once you reach max level the Abandoned Windmill awaits. This dungeon is group content and you should not try to take it on alone. In fact, even with a full party it may be a challenge without being well geared.  Doing this dungeon is very rewarding. You will be able to get the best gear (currently) in the game here! Try to get a full set of epic gear which may even enable you to try to solo it yourself!

Spells, Magic. Yes, that's right, skills!  I am working hard on adding skills to the game. And it is coming together. The plan is to get a small spell preview ready and live for you guys to test at the end of next week. Wish me luck!

I am also working on expanding the Abandoned Windmill dungeon with new quests and a rare-drop-rate pet. Both of which will encourage players to keep running the dungeon.

Further down the road we are also working on getting you a new leveling zone released, the northern Domhan Forest. This new zone will allow us to also increase the level. It is a bit of a ways out still, but its coming sooner or later.

Be sure to wish list the game on steam and then join us in Discord. Discord has been more active than ever, and is a growing community of players who are all excited for the Aether Story development. Join us!